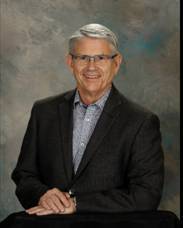 Wayne’s start in ministry was a second career after over 20 years as a Dairy Producer in Alberta.  During those 20 years on the farm, he was involved with a small rural congregation in governance, in Presbytery, as a lay worship leader and as a congregant.  So perhaps it came as no surprise when members of his church family encouraged him to pursue a vocation in ministry.

Wayne completed an MTS from St. Stephen’s College in Edmonton and wrote his Thesis on healing ministries.  He is always aware of how our physical, emotional and spiritual life are interconnected and contribute to us achieving wholeness, regardless of where we might be on our life journey.

His first pastoral charge was in Killam AB, where he was in solo ministry and had the opportunity to work with Covenant Health on the hospital board and as part of the chaplaincy team at the local hospital.  In 2010, he and his partner Carol moved to Campbell River where he was in ministry for over nine years.  While there, he also furthered his leadership skills and was designated as an Intentional Interim Minister by BC Conference and also completed the Sowing Promise-Growing Leaders program through LeaderShift.During his time at CRUC he served on BC Conference Executive and chaired the ProVision Committee of Comox/Nanaimo Presbytery.

Wayne is excited to be part of the ministry-team at Comox United.  He is passionate about the healing of individuals, communities and the world. Wayne is looking forward to encouraging the existing small groups at Comox and developing new ones.

Carol and Wayne like to travel, hike, bike, garden and spend time with their children and grandchildren who are spread from Toronto to Comox and points in between.  The church, like the world it is part of, is in the midst of great change, so it is an exciting time to be in ministry with the United Church of Canada and Wayne is delighted to be serving the people of Comox United Church.