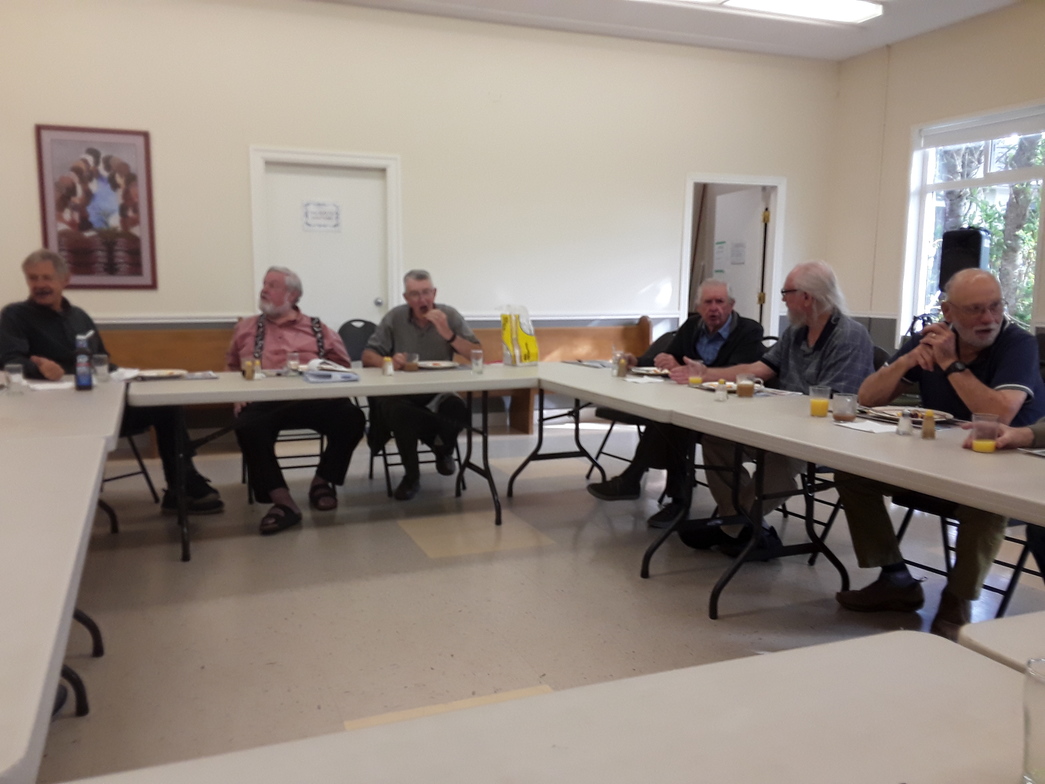 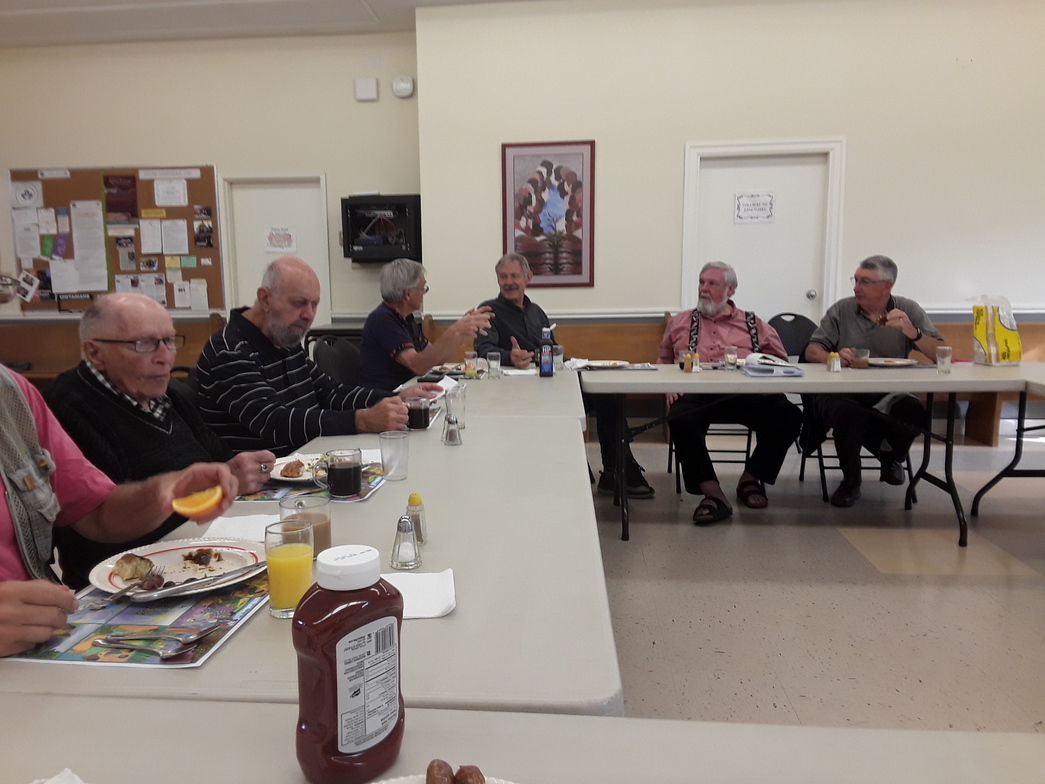 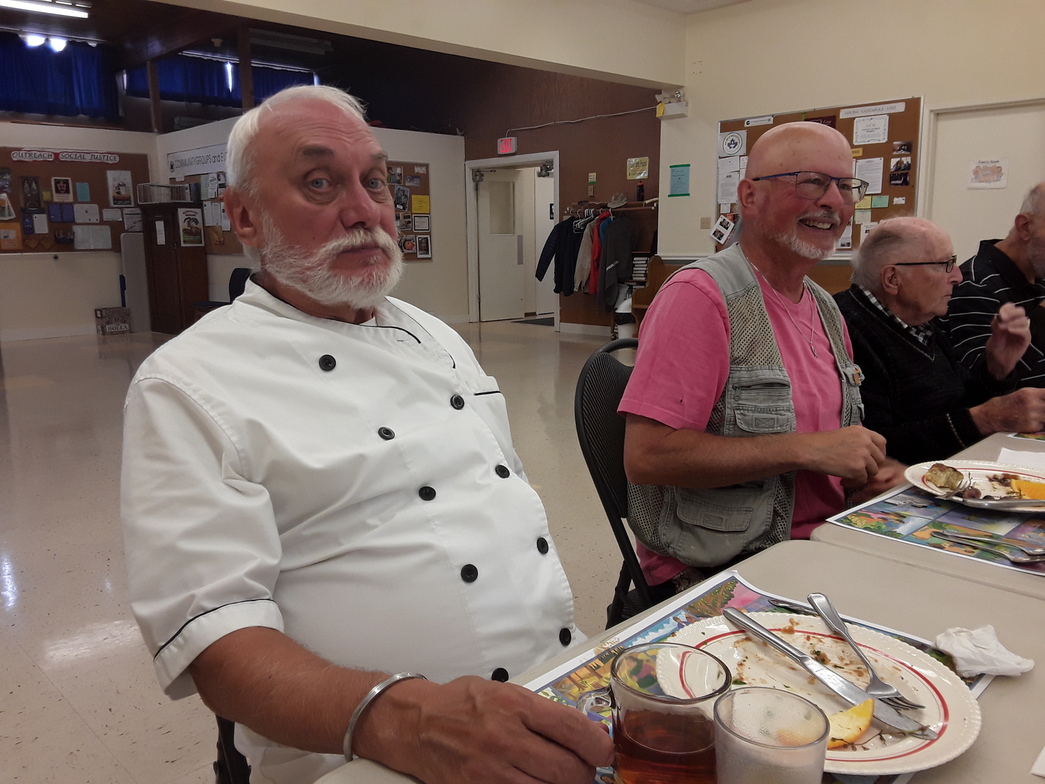 Men's sheds or community sheds are non-profit local organizations that provide a space for craftwork and social interaction. The movement originated in Australia as a way to improve the health and well-being of older men. There are over 900 sheds located across Australia, with thousands of active members. Men's sheds can be found also in the United Kingdom, the Republic of Ireland, the United States of America, Canada, Finland, New Zealand and Greece.

The slogan for men's sheds is “Shoulder To Shoulder”, shortened from “Men don't talk face to face, they talk shoulder to shoulder”, adopted after the 2008 Australian Men's Shed Association conference.

The users of men's sheds are sometimes known as “shedders”. In 2014, Professor Barry Golding coined the term “shedagogy” to describe “a distinctive, new way of acknowledging, describing and addressing the way some men prefer to learn informally in shed-like spaces mainly with other men.” Sheds as a venue for mentoring other men and Inter-generational mentoring is a growing outcome. Academics are using men's sheds as a research venue and research partner in exploring men's health and social needs.

By 2015, men's sheds were also active in a number of other countries, mainly based throughout Europe and South Asia. This included over fifty men's sheds in New Zealand and over two hundred in Ireland. At the end of 2019, there were over 500 men's sheds across the UK. The United States has set up a national association, the US Men's Sheds Association. In Canada, the Men's Shed Association is a peer-run group that aims to build relationships between Canadian sheds, help new ones get started, and raise awareness about the friendly, inclusive, and creative spaces that sheds can offer. In a shed, men get together for activities like  woodworking projects, cooking, bike repairs, music, and yelling at the television during the playoffs (when they happen!).

Doug Mackie founded the first Canadian shed in 2011 in Winnipeg. Doug recognized that many men in his community had both time on their hands and a tendency to suffer from isolation, loneliness, and depression. This was especially true after they retired, as many men tie big parts of their identities to their careers. Since starting Men Sheds Manitoba, Doug has helped men come together, stay productive, and contribute to the community— all of which are keys to good overall health. There are about 20 sheds in Canada. Above all, men's sheds are what we make them.

Sheds are: A gathering place with purpose for men *Usually involving a work space for those who don’t have one or have to give theirs up.

*A place to change the world. Definitely.

*A helping hand. You bet.

So far, at Comox United Church, where the Men’s Shed began to meet in spring 2019, the Shed has converted room L6 (lower level) that used to be used for Youth Activities, then fell into disuse and became a storage unit, into a warm and friendly place: fresh paint, new cupboards, a lovely workbench (thanks, Mike Stewart!), tools, chairs and the all-important coffee facilities.

We have (until the advent of Covid-19) met at least weekly to finish the conversion of the room and to work on some initial projects for other folk. A sign, advertising an All Candidates meeting in our sanctuary was completed in the Shed, for example. We have created little signs that give us some 'ownership' to the space: one sign says, simply: “The Shed” and another sign has incorporated a simple piece of childhood art from some unknown child and framed it for viewing. We have assisted folk with the clearing out of the sub-basement, done church yard work and built a small fence at the back of the church property. We scraped years of moss from a small sidewalk just outside the shed. We cleaned the carpet surface: it looks great! In Covid-19 times, we have met several times online (until the weather improved!) and a few times we have met in socially-distanced spaces in the church parking lot, the Comox Marina Park, Filberg Park, and a member's driveway.

As a way of brainstorming about possible directions, a few of us participated in an excellent men's weekend at the Bethlehem Retreat Centre in Nanaimo. More recently, some of our shed guys have been assisting another man with yard work, interspersed with coffee and conversation. Already, we have deepened relationships and created a safe space for us to gather and grow.

We are the men's shed: we invite other men to consider 'coming on over' and becoming shedders with us! Come and build with us!