Rev. Michael Blair will be the new top administrator of General Council 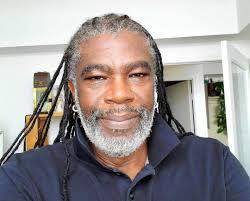 Rev. Michael Blair has been appointed the new general secretary of the United Church of Canada, replacing Nora Sanders, who is retiring.

Blair has worked for the past eight years as the executive minister for the Church and Mission Unit in the General Council Office, according to a United Church press release. The Church in Mission Unit upholds relationships with the church’s global partners, runs advocacy campaigns and develops faith formation resources for the church.

He will start his new role on Nov. 1.

Sanders said in the release that she has worked with Blair for 12 years.

“I know his deep faith and sense of call to continue the life and work of the United Church in this time, with all its complexities,” she said. “He is also well known in ecumenical circles and to many of our international partners, so he brings a broad horizon of expertise to the role.”

The general secretary is the top administrator of General Council, the denomination’s highest court.

Sanders announced her retirement last fall. In the position since 2007, she shepherded the United Church through major structural changes that took effect last year. Under her watch, the church moved from four courts to three — Presbyteries were eliminated, and Conferences became Regions, albeit with new boundaries.