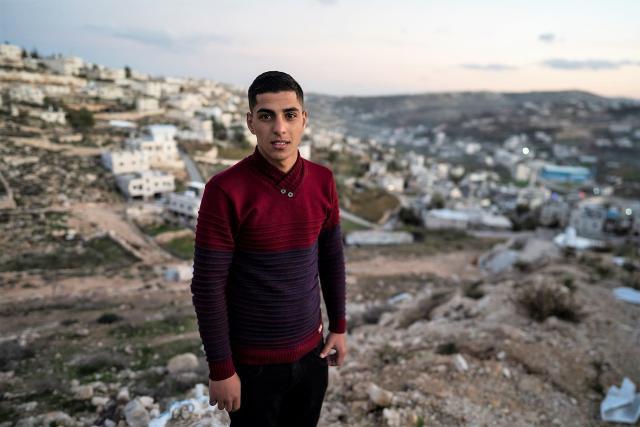 No Way to Treat a Child

Image: A teenage Palestinian boy wearing a maroon sweater standing in front of a hilly and rocky background.

November 20 is Universal Children’s Day, an international United Nations day dedicated to promoting the general welfare of children and to protecting their rights. In some United Churches this Sunday is observed as “Children’s Sabbath.”

A few weeks ago the “Minute for Mission” spoke about the discrimination that Palestinians face in their daily lives. This week’s “minute” focuses on military violence by the State of Israel which exposes Palestinian children to unimaginable brutality.

“I was on my way to the store when they arrested me,” said Obaida, a Palestinian child from Al-Arroub refugee camp. “When they took me for interrogation, they bound my hands in plastic cords so that I couldn’t move my hands at all. My eyes were covered in a thick blindfold that also covered my nose and made it hard to breathe.”

Obaida was talking about the first time he was detained by Israeli military forces when he was only 14. Palestinians in the West Bank, East Jerusalem, and the Gaza Strip have lived under Israeli military occupation since 1967. Anyone, including children, can be arrested without a warrant if there is suspicion that a “security offence” has been committed. According to The United Church of Canada’s mission partner “Defense for Children International ‒ Palestine” (DCIP) Israeli forces detain and prosecute about 700 Palestinian children every year. Thirteen thousand Palestinian children have been detained by Israeli forces and held in military detention facilities since 2000. And Israel is the only country in the world that routinely convicts children in military courts; these courts are known to lack fair trial guarantees.

Earlier this year, on May 17, just before his 18th birthday, Obaida was one of 67 children killed by Israeli forces during an 11-day military assault on the Gaza Strip. Palestinian children, like all children, deserve a childhood that is free of violence.

Our congregation gives a designated amount of our annual offerings to the Mission & Service Fund, which supports the DCIP in defending the rights of Palestinian children.