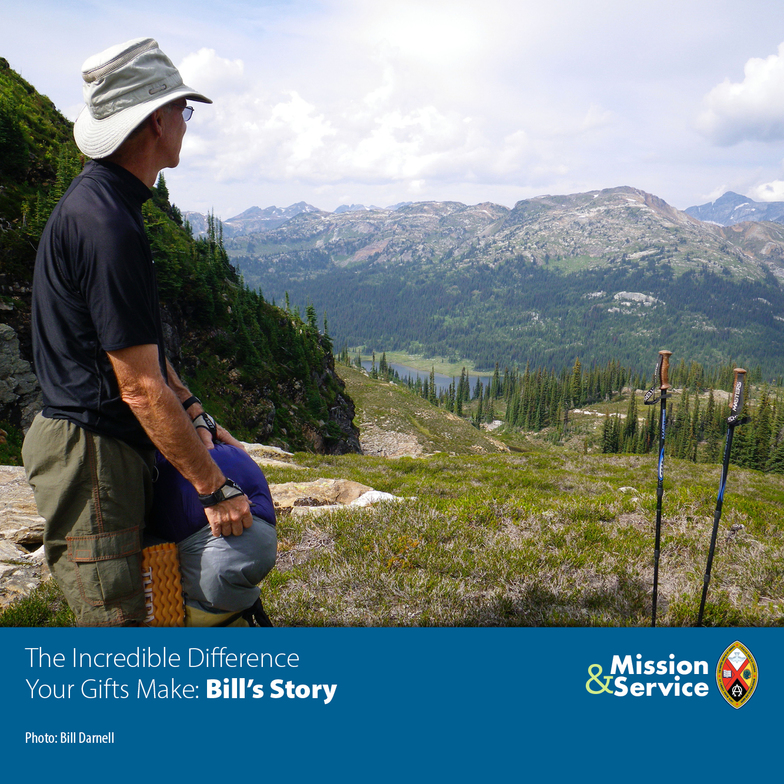 In 1971, as a young adult who had fallen in love with nature at summer camp, Bill Darnell anxiously climbed on board a boat called Greenpeace with a small group of friends. Together, they set sail for the Arctic Ocean to stop the testing of a nuclear bomb, and the Greenpeace movement was born. Bill’s childhood experience of camp wound up helping to inspire one of the world’s most influential environmental movements.

Bill’s early camp experience instilled such a love of nature that when he became an adult, he became an environmental activist. “Camping made an incredible difference in my life. I grew up in suburbia and didn’t have much access to the natural world. Camping was an opportunity to go out and be in nature. Being at camp solidified my strong connection with the natural world and made me want to save it,” he says.

Bill’s story proves that camping experiences in childhood can lead to a lifelong commitment to care for God’s creation. Like Bill, some young people may leave camp so impressed by the natural environment that they get on board a movement to take care of it.

As scientists and activists sound the alarm around climate change and experts report that not spending enough time outside is having an impact on our children’s health and well-being, outdoor ministry has never been more crucial.

Our congregation gives a designated amount of our annual offerings to the Mission and Service Fund of the United Church. Our donations help to support over two dozen camps run by the United Church across the country, giving thousands of children an opportunity to go to camp. There, they learn life skills, explore faith, and learn to live with respect in creation. This has an impact on the future for all of us who are blessed to live in the beautiful world God created.

Check out the video here

I wonder if you knew . . . . Memories - Of the Many Churches I Have Known Things I Never Learned in Theological School!