Active Allyship for BIPOC (Black, Indigenous, and People of Colour) 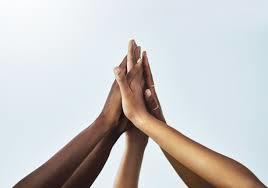 (Black, Indigenous, and People of Colour)

Our world has become very aware of racism recently. One way of positively trying to change this is to become an ally for BIPOC.

1. Doing the continuous work of self-reflection and seeking to understand the systems that lead to racial discrimination and your implicit biases.

Acknowledge your privilege and work to get past any shame and defensiveness to arrive at action. Having privilege does not reflect on your character as “good or bad.” Every one of us has been complicit in racism, and most of us have some form of privilege. Acknowledging privilege in one arena can help you use the power you have to help others who may be disadvantaged in that space. Read about Stephanie Nixon’s Coin Model of Privilege and Critical Allyship. Learn about the concept of intersectionality with racism by reading the work of legal scholar and critical race theorist Kimberlé Crenshaw. Listen to the lived experiences of your BIPOC friends and colleagues without judgment or defensiveness.

2. Learning about anti-racism. There are many books, and we personally recommend: How to be an Anti-Racist by Ibram X. Kendi, So You Want to Talk about Race by Ijeoma Oluo, Tears We Cannot Stop by Michael Eric Dyson, How to Be Less Stupid About Race by Crystal M. Fleming, White Fragility by Robin DiAngelo, and Dying of Whiteness by Jonathan Metzl. We’ve had to think about race and racial relations our entire lives, yet our reflection on our own complicity and anti-racist work continues to this day. It takes energy, work, discomfort, but it is required. It is an imperfect process that never ends.

3. Speaking up when you witness a racist incident. However uncomfortable it may be to speak up, remember that being silent means you allow the racist status quo to continue. We recognize that other power structures may co-exist (for example, if you’re a student, a trainee, an employee), and so calling out racism by superiors may not feel safe. Or there may have been a missed opportunity. That’s okay. Reflect, discuss and commit to doing differently the next time you witness a micro or macro-aggression. More importantly, you can model to others what being anti-racist looks like in the way you move through the world and the language you use. Not every act of resistance is confrontational.

For overt racial violence, try to record the interaction if safe to do so, and provide support to the victim. Let the victim know that you’re there in support and ask if they need help seeking medical attention.

4. Having uncomfortable conversations with your family, friends and workplaces to educate. Explain why being “colour-blind” or saying, “I treat everyone the same” and #AllLivesMatter isn’t helpful and is actually racist. Don’t have BIPOCs do all the emotional labour of educating others. Call out racism as what it is. Don’t use euphemisms. This is part of the practice of critical allyship.

Remember that if you’re Caucasian, white privilege doesn’t mean that life hasn’t been/isn’t hard for you; it just means that your skin colour is not a reason why it is hard. White privilege is not the same as class privilege. Acknowledge and accept that in Canada most societal structures are built around a Caucasian Christian heteronormative able-bodied male construct.

5. Reading literature written by non-white authors to broaden your understanding of the lived experience of different ethnic and cultural groups. Read books about African history and experiences by Angie Thomas, Yaa Gyasi, Toni Morrison, Ta-Nehisi Paul Coates and Tressie McMillan Cottom. Read the works of Indigenous authors including Richard Wagamese, Alicia Elliot, Jesse Thistle and Katherena Vermette. Racialized authors who write about their own culture and ethnicity including Wayson Choy, Paul Yee, Nadia Hashimi, Amy Tan (not the same as the author of this piece) and Shilpi Somaya Gowda can broaden perspectives too. If you are a parent, a caregiver, or an educator, this applies to children’s literature, too.

6. Amplifying Black and Indigenous voices. Mentoring and supporting them for leadership positions and being accountable. If you are in education, media or business, have BIPOCs help shape organizational values, policies and procedures. Include them in your content in a positive way so that young BIPOCs can see themselves in social media, mainstream advertising and media growing up. Include anti-racist teaching in pre-primary to secondary education so that children grow up understanding the difference between racism and anti-racism and how their behaviour may either reinforce or fight against racist policies and ideas.

7. Donating to organizations such as Black Lives Matter, NAACP, and the Canadian Civil Liberties Association to support the work of achieving justice and defending human rights. Sign petitions and write letters in support of Black and Indigenous communities, and against over-policing and police brutality of these populations.

This is an excerpt from an article in The Tyee. The full article can be accessed here: here

Sabbath -- The commandment we love to ignore! How you can help fight COVID-19 around the world Petition for medical and humanitarian aid for Palestinians and for the permanent lifting of Israel's blockade of Gaza

O CANADA Celebrating Pride Risking it all for Jesus